“Is it really possible to tell someone else what one feels?”
― Leo Tolstoy, Anna Karenina

So, this is the first time ever I try to do pictures with two avatars, I must say I struggled a bit, first because my beloved macbook does not like me to open two Firestorm windows at the same time, I asked for help in the Firestorm support group but the solutions offered on the wiki page they sent me too are a bit too geeky for me, I did try but I’m probably not smart enough because nothing worked. Eventually I used a Firestorm window for one avatar and an Alchemy window for the second, and that did the trick. I will need more training to use the Lumipro for two simultaneous models but I think it’s really interesting, and opens a lot of new possibilities. I had been thinking about modelling two avies for a while, and this is just a first try. I grabbed another old avatar of mine and proceeded to a complete make over, trying to make her look like Krystal but different. And then I thought I was going to use two single poses in the same picture but finally I chose to use a couple pose to show them together. I picked this “Feelings” pose, I think it’s pretty cute 🙂 Also, hairs, skins, clothes all come from Collabor88, except for the shoes that come from The Chapter Four, and Lola’s adorable collar from ON9.

_CandyDoll_Lauren Nude @ The Chapter Four until May 31
by CandyDoll™ (rebeca.dembo)

-{ZOZ}- Floral Kiss Polish (Maitreya) @ Cosmopolitan until May 24
by Zozicon

_CandyDoll_Lauren Raspberry @ The Chapter Four until May 31
by CandyDoll™ (rebeca.dembo)

Sooooo… I bought too many things! I have got so much new stuff that I have not used/blogged yet that I have decided to try and slow down the shopping a little and speed up the blogging. That’s how I came up with this outfit. I kind of tried to wear as many things as I could at once :D.

Now Let’s Give Back to Caesar what is Caesar’s

Scarlet Creative Petite Cabine @ Collabor88 until May 6
by Charlotte Bartlett

The Dress #1
by Auryn Beorn

Label Motion @ Shiny Shabby until May 15 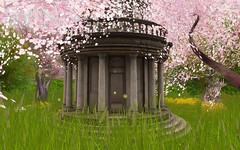 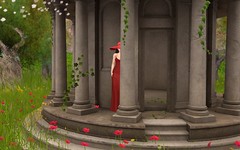 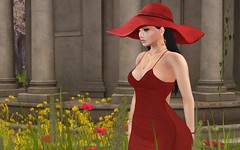 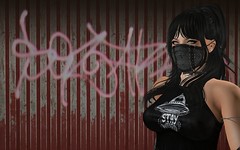 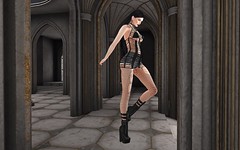 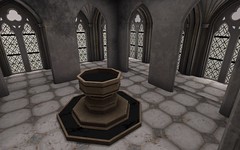 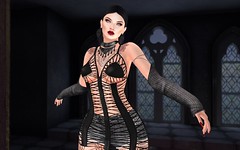 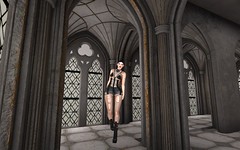 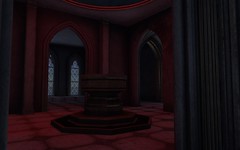 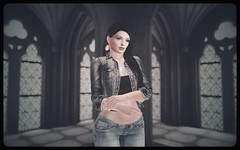 Blue Dream: A Free Spirit of the Forest